Today, on your 35th birthday we are going to celebrate by listing 35 things that were created AFTER you. So, without further ado, here are 35 things that you are older and more awesome than….

First published in 1983. Did you love them as much as I did?

No, seriously. We are older than Hooter’s. God Bless America

Created by Xavier Roberts in 1982. I think that might actually be a picture of my Andy….

Was first marketed in 1979…an original ad.

And, yes, that photo creeps me out. First invented in 1987. When did you get your first pair?

First launched in 1983. Imagine, if that hadn’t happened, Miley Cyrus might have never been famous. Honorable mention to Miley Cyrus…

Somehow this retailer has only been around for 30 years…

Believe it or not, until 1998, men had to get erections the old fashioned way.

Invented in 1979. Hard to believe that this was the epitome of cool. And the precursor to the iPod…

For some reason it’s weird to me that we’re older than Kevin McAllister. Born in 1980.

Remember when he was the coolest guy alive?

Oh, yeah. And long being a staple of our friendship, he had to make the list.

Released the first version in November of 1983. What on earth did people use to write before that? Oh yeah…paper.

My brothers and I used to play this on our original Nintendo. Some of my very favorite childhood memories. Oddly, this year there were STILL kids dressed up as Mario and Luigi. I guess they are still cool after 30 years.

Weirdly, it seems wrong that we were old enough to listen to this when it came out in 1992. But stranger still is thinking that this song is old enough to drink.

Hard to believe that this didn’t exist until Dodge invented it in 1983. And now, some of us can’t live without one….
14. World Wide Web

was not invented until 1989. Sometimes my parents will tell me how when they were kids color television didn’t exist. But, luckily, I can say “ha! at least you HAD a tv, when *I* was a kid there was no INTERNET!” I was 15 before I ever surfed the web, I remember doing it for the first time. You?
13. Bon Jovi

They didn’t form until 1983…sometimes I’m sad that I lived the first four years of my life without hearing them…
12. Nicotine patch

Can you believe it? We used cassettes.

bonus picture there, just for you.
But, anyway, the CD was invented in 1982.
10. Text messaging

Yeah, until 1996, a year before we graduated high school, this was not an option. (and yes, that is a REAL text of ours..guess which one is you?)
9.  Air Jordan 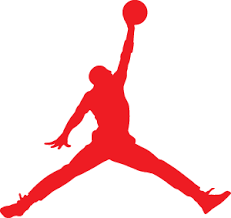 Founded in 1984. I can think of dozens of boys who would show off their Jordans and pretend they could jump like that.
8. Guess Jeans

I think you had a pair…right? I did not. I always wanted a pair though.
7. Prince William

The most famous prince in the world, who will likely become King of England in our lifetime, was not born until 1982.
6. Forrest Gump

This movie was released in 1994. I can actually remember DRIVING to this movie, the first one ever. Granted, I only had my permit, so my mom was with, but I remember. And it was July…so you couldn’t quite drive yet. As a matter of fact, only a couple months after this release, we would meet Jesus.
5. Justin Bieber

Yes, yes I did. I put the Biebs on the list. He wasn’t born until 1994…which means…technically, we’re old enough to be his *cough* mother.
And also, because if not for teen boy idols like…..

then the Biebs wouldn’t be the success he is today. Plus, it was another excuse to insert a Jordan Knight reference for your pleasure. I’m all about you today….
4. D.A.R.E

Formed in 1984. Yeah, I know, you expected them to be #1, but I like to keep you on your toes. Plus, this is not news, but #2 was…at least to me. And #1…well, you’ll see.
However, they are #3 because I’m grateful. This band gave me a lifelong friend, I’ll always be loving you forever, because of them.
2. The Chicken McNugget

Seriously, this one SHOCKED me. How in HELL can we be older than chicken nuggets? They were invented in 1983.
Are you ready?
Here it comes….
NUMBER ONE!
1. Olivia

That’s right. Born in 1979, you are, technically, 4 months and 1 week older than me. And that is not one of my favorite pictures of me, but since I am in YOUR chair, reading to Team 214, I thought it was the perfect way to tell you how much I love you, no matter how old you get.
Happy Birthday to my “oldest” friend in the world, who will never be old, so long as she listens to New Kids on the Block.
Love you, Kel!
And, just because, here are a few of my favorite Kelly posts.
33rd birthday tribute
Chicago
Pregnant with Brecken
Lent Letter
I was going to do 5 posts….but she’ll appreciate it more if there are only four.
Happy 35!