Josie, the big brown dog. That’s what we called her. Well, on the occasion we got my mom to admit she wasn’t people, that is.

She was my mom’s dog, but she was our family dog. 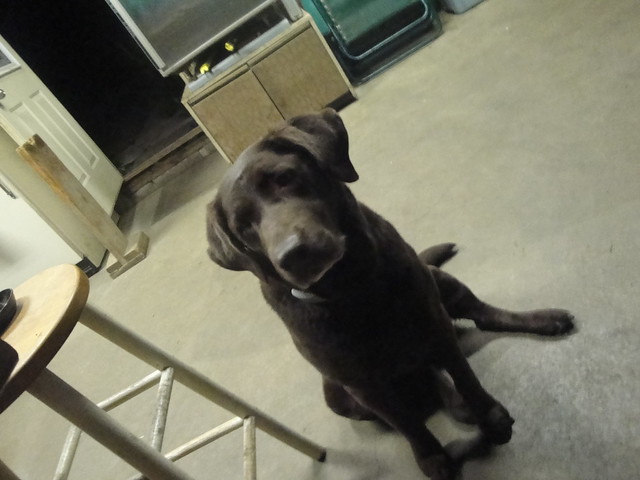 She was put to sleep on July 25, at the ripe old age of 13. That’s old for a dog, especially for a Lab, but it still doesn’t seem like enough time. It never does when you have to say goodbye.

Unfortunately for me, I was out of town and did not get to say goodbye to Josie-girl. However, the last time I saw her, the Tuesday before, I was sitting in the garage and she was sleeping. She got up and came over and laid down at my feet. She curled up and rested her face on my foot.

When she was a puppy, she was obsessed with feet and was always licking and nipping at everyone’s feet. As she aged, she stopped doing that, but we’d still get a lick once in a while if we wore flip flops around her. That night, I thought to myself, “that Josie, she still likes people’s feet” as I sat and chatted with my family. But now I wonder if she didn’t know. If that wasn’t just her way of saying goodbye. Maybe, somehow, she could sense that it was the last time we’d see each other.

She was a sweet and easygoing dog, kind of goofy, but so full of love. I’m not much of a dog person, but Josie made it very easy to love her, to imagine having a dog of my own. She might have been the world’s worst guard dog, she never bark until a car was already parked in the driveway, which isn’t much warning, or not at all, or at nothing. Didn’t seem to be much rhyme or reason to her system.

She loved children and never tired of playing with them. She would sit patiently and let Arionna feed her dinner, one single piece at a time. She’d catch the ball for Simon over and over and over again, tirelessly. 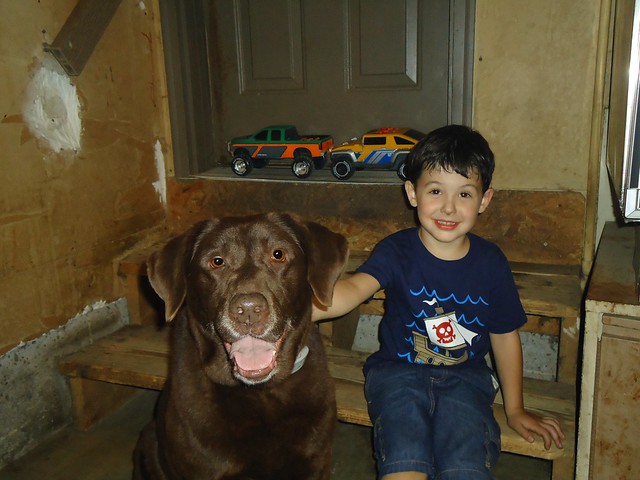 She was the only dog I’ve ever known who preferred a butt rub to a belly rub or an ear scratch. But, in fact, she loved being petted so much she couldn’t even hold still for it. Sometimes I’d scratch behind her ears and she’d wiggle around until she was practically dancing in a circle around me. She’d give a little nudge if she didn’t think she got enough loving, definitely she wasn’t shy. 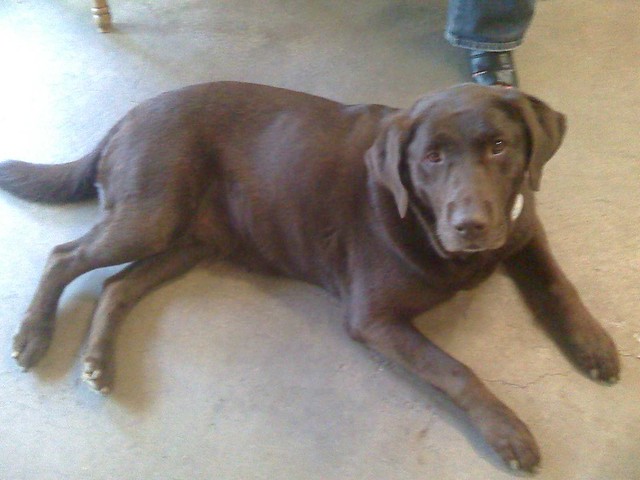 She was a wonderful dog and a member of our family. She could be a pain in the ass, but then she’d stop and look at you with that sweet face and you’d forget why you got mad at her in the first place. We watched her train us all how to be her people. She knew who the easy marks were for food, she knew who’d take her outside the fastest, she knew the sucker for some petting, she knew us as well as we knew her. And even though I haven’t lived with her for almost four years, she never forgot. Whenever I’d come by she’d be right there, at the door, wagging her tail as though she missed me like crazy.

Which is exactly how we are all going to miss her. Like crazy. And forever. 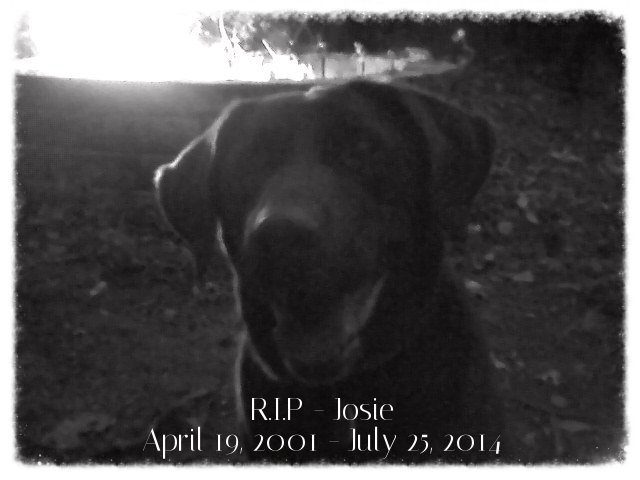 6 thoughts on “The Big Brown Dog”