This year, for her birthday, Lane found out that a country band she likes, The Cadillac Three (TC3), were opening for singer Jake Owen, ON her actual birthday. The catch was, they were performing in Green Bay, WI. She asked me, her sister (Nancy) and Nancy’s husband, Ryan, to road trip with her.

*I* was super excited. I am a Jake Owen fan. Elena didn’t know much about him and Nance and Ryan don’t even like country music. An odd group, but still, it was to celebrate the birthday of one of our favorite people. We drove to GB the day of the show, checked into the hotel, and then headed out to the show.

It was at the Resch Center, the big arena next door to Lambeau Field. Our seats were pretty far away, but directly facing the stage. Imagine, for the locals, being in the Xcel Center, and the stage is at one end of the arena, and you are at the other, then up two levels. This is important, because I got a new camera for Christmas and this was my first chance to test out the amazing zoom.

We walked in and TC3 was coming on the stage. On my phone it was 6:57, the show was set to start at 7. Apparently these guys are crazy prompt. They were a rocking good time, super entertaining. I was not a fan when we went in, but now? I love them. High energy, fun, great sound. It was so loud it almost hurt to listen to, but even so, they were terrific. 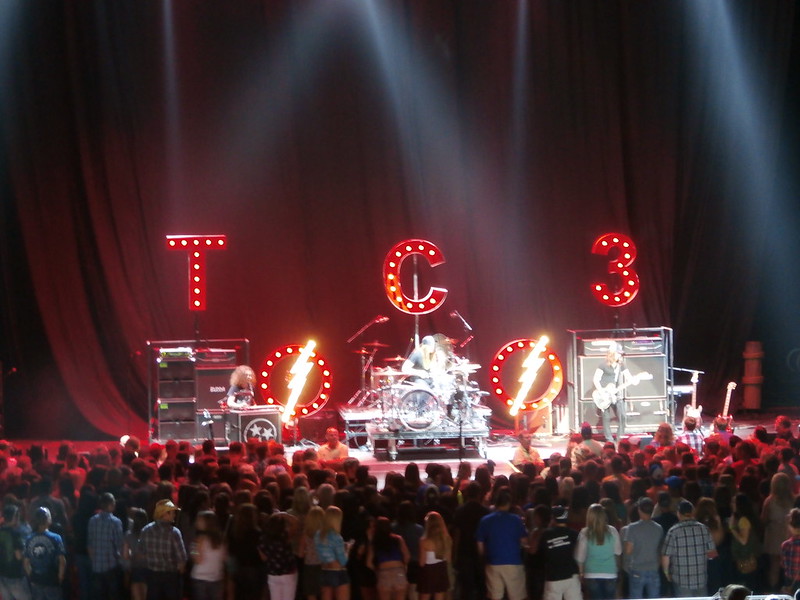 There they are. Notice how it seems like we’re pretty close? We aren’t. Amazing zoom this camera has.

Then there was a second opener, Parmalee. I do not like them. During their set, we wandered around the Resch center for food and beer. Ryan took a photo of me and Lane, since it was her actual birthday and all… 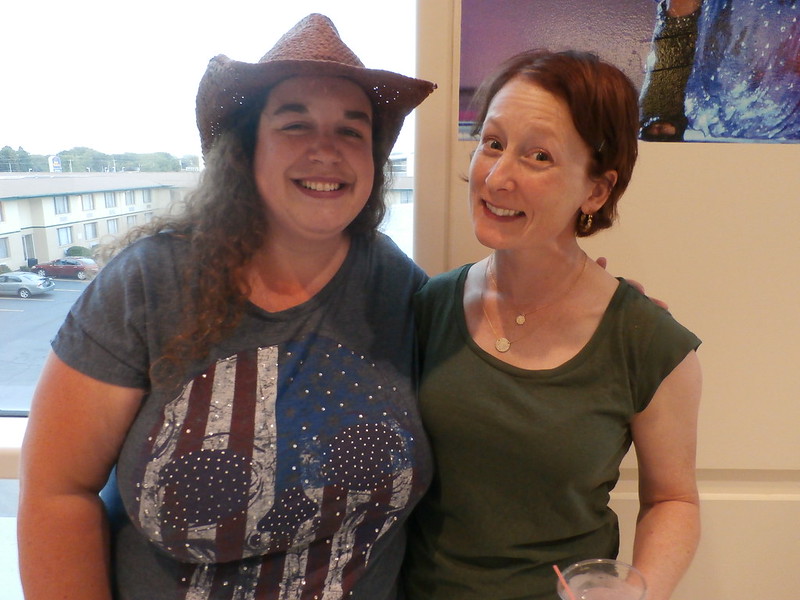 I love that picture!

Finally, after what seemed like a really long time, Jake Owen hit the stage. 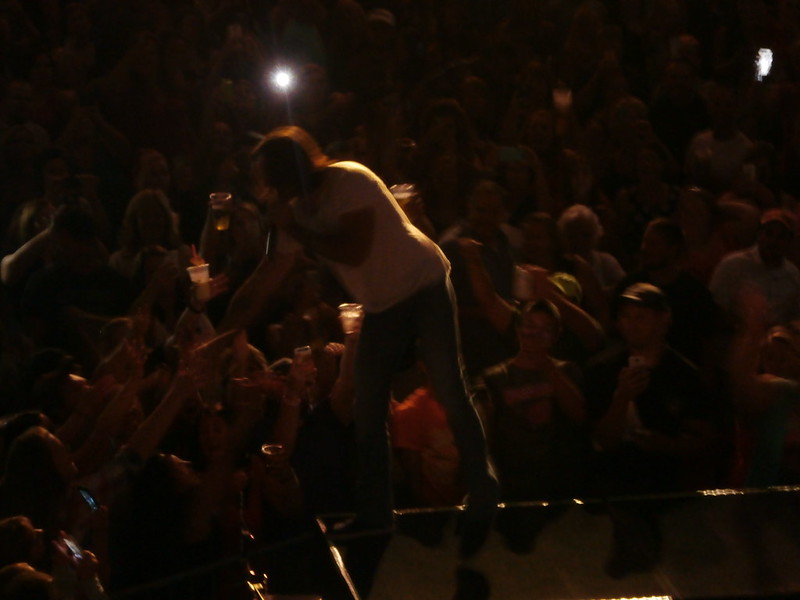 He popped up right in front of us. That’s without the crazy zoom. And blurry because I was excited to see him right there. And surprised.

Then he walked through the crowd up to the stage. 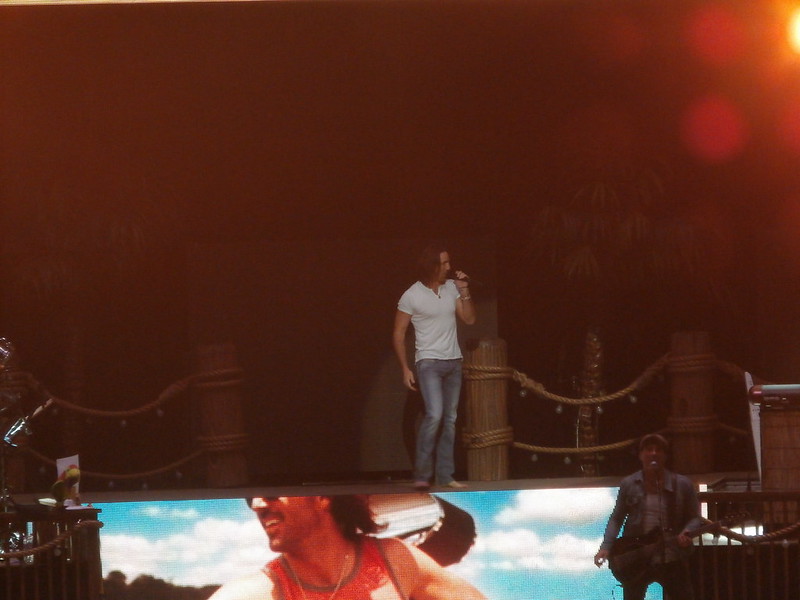 I know, it seems like we are super close, but we weren’t. And yes, he is barefoot. Was the whole concert. 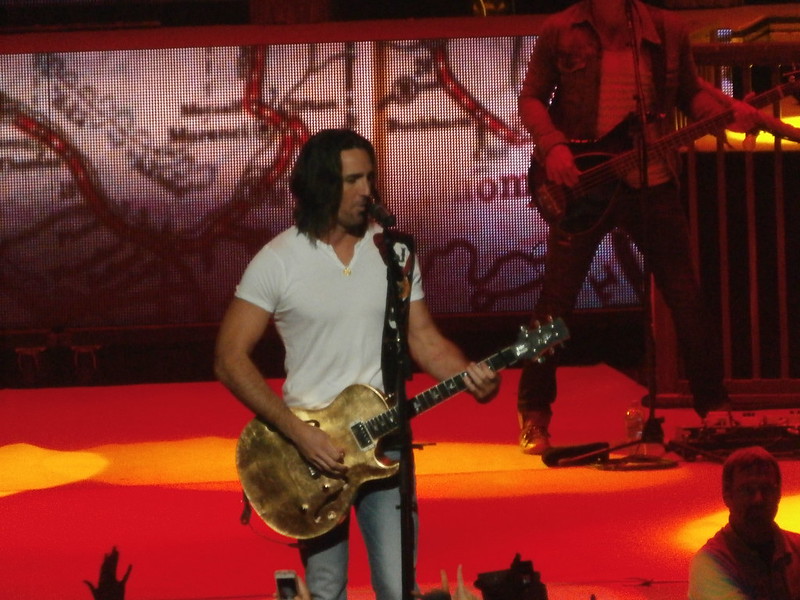 I mean, seriously? When I got home I told my mom, (who gave me the camera) “I LOVE my new camera!” Because I never would have gotten these amazing shots otherwise. 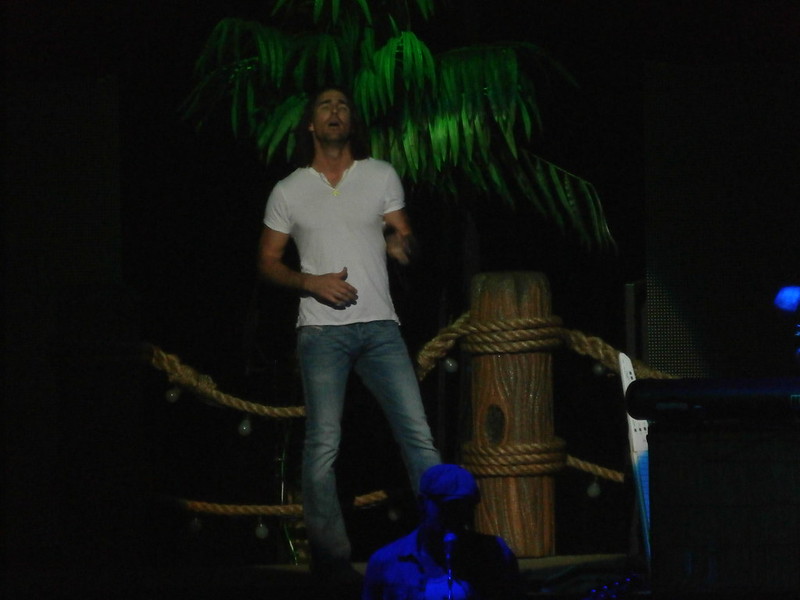 I have a bunch of video, too, but I am not posting those because it’s a pain and really, no one really cares but me. But if you’re curious, ask me in person and I’ll show you. 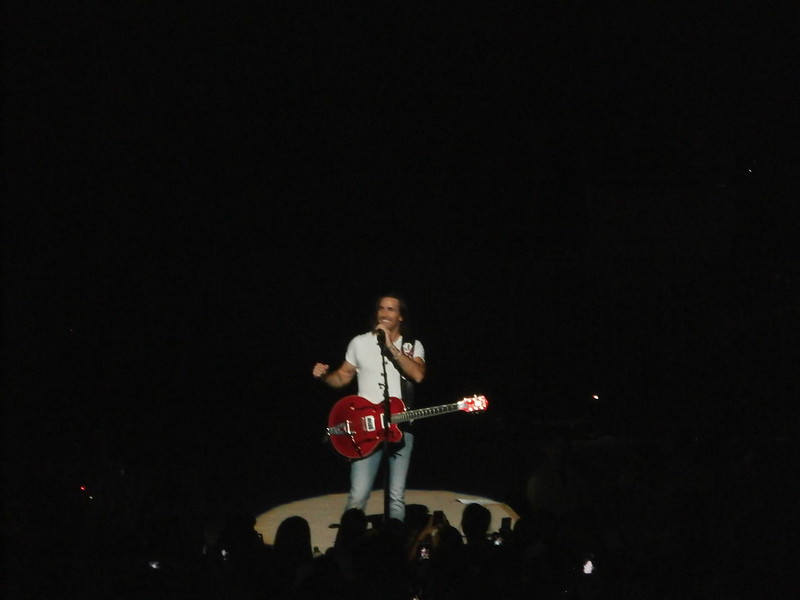 About the show….this guy was AMAZING. Honestly, I liked his music. But I probably wouldn’t have set out to see him in concert if this opportunity hadn’t come up. Now? I am a HUGE Jake Owen fan. He is an incredible live performer. One of the best concerts I’ve ever seen in my life. By my count, this was around the 40th concert I’ve ever seen, and very possibly the best one. This guy is magnetic, he drew in the crowd and every person in there was having fun. He would allow nothing less. He was interacting with the crowd (he kept reaching down and stealing people’s phones and taking selfies and giving the phones back, it was so cool) and had such high energy.

Then at one point, the music started and he wasn’t on stage….where could he be? 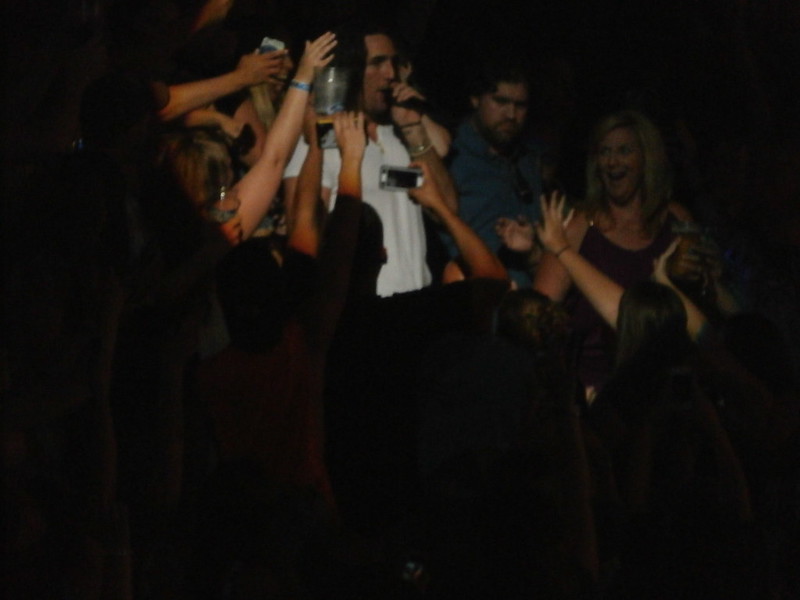 Oh, there he is. On our level, IN THE AUDIENCE, in a random section. Just showed up next to fans and stood there, singing the whole song. The whole time he was twisting around so everyone nearby got a chance to be in a photo with him. It was amazing.

Then when the song was over, he walked through the crowd back to the stage. On his way, he saw a mom with her two little girls. They were small…maybe 6 and 8? He grabbed the girls by the hands and invited them up on stage. The mom got to go, too. But he had the girls go around the stage and play instruments with his band. He gave them drumsticks, then, he brought them center stage and knelt down next to them, and sang to them. Then he gave the older one his mic and let her sing part of the song. I was melting. It was so cute. Mom was on the edge of the stage taking pictures the whole time. Then when the song ended, he walked them back to mom and knelt down between them, with his arm around each of them, and let mom take a picture of him with the girls. It was so cute and he was singing the whole time, so the concert didn’t drag, it was just what he was doing during that song. 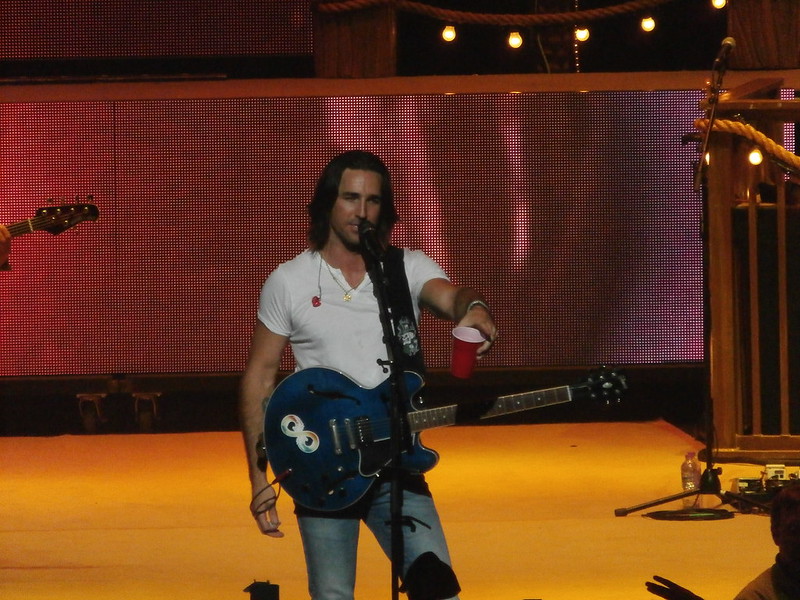 He was truly incredible. I want to go see him again, that’s how good he was. When the show was over, I said to Nancy and Ryan (who are NOT country fans) “what did you think?” Ryan said, “it was awesome, I think I’m his fan now”. Nancy said she loved it, too. Neither one had high expectations, but both were blown away. Elena thought it was incredible. And it was. I cannot say enough good things about this show.

And I will end with one more thing. Jake Owen has the whitest teeth of possibly any human being on earth. They were blindingly white, and since he’s got a huge and infectious smile, we saw those pearly whites often. I kept saying that night “man his teeth were so white” and I don’t want to forget, so I am including it here.

Now the very last thing….
This is my favorite photo of the night. 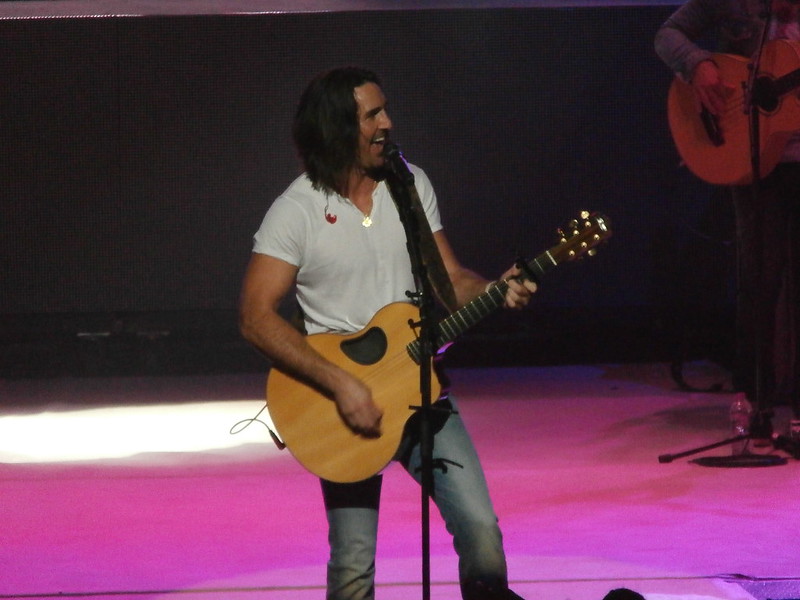 Next up is a post of the rest of our trip to GB, but this is the concert recap.