My entire family went to the Ramsey County Fair this year. All of us. Every single one. Including both of my brothers. It was so strange. I really cannot remember the last time we all went out and did something together.

We went on a Thursday night, my first full day of not working at Globe.

This has been so long ago now (July 22 I started typing this, about 10 days after it happened…it is now September 25, over two months later) that I am not sure I can remember everything. So I am just going to post the photos and caption what I can. 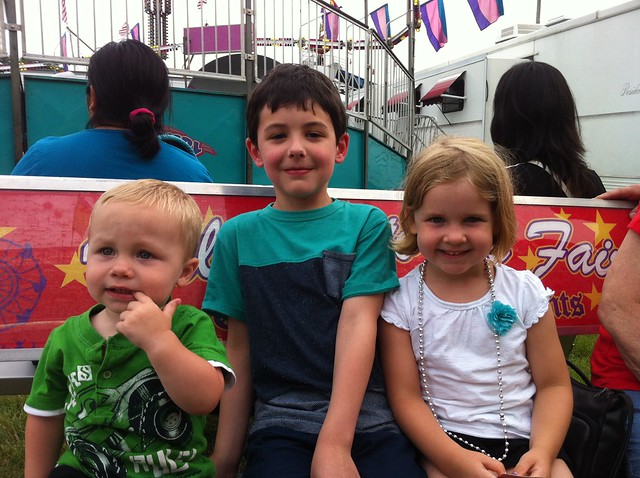 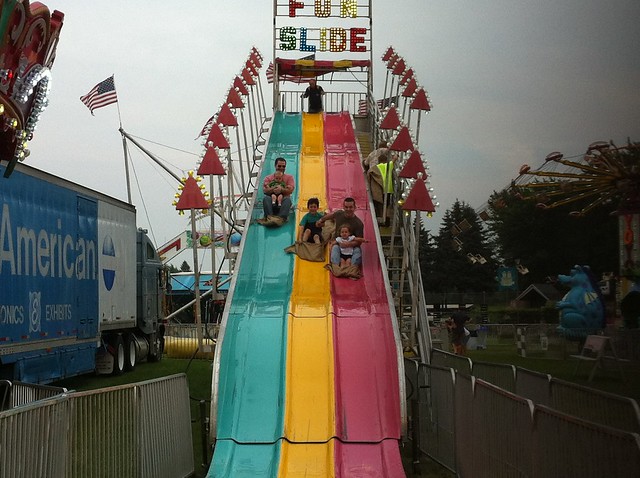 In this one, the uncles took the kiddos down the slide. Nick holding Cam, Zack holding Arionna (they were too short to go by themselves) and then Simon went alone. But he was scared at the last second, so Uncle Zack is holding his hand as they slide down. 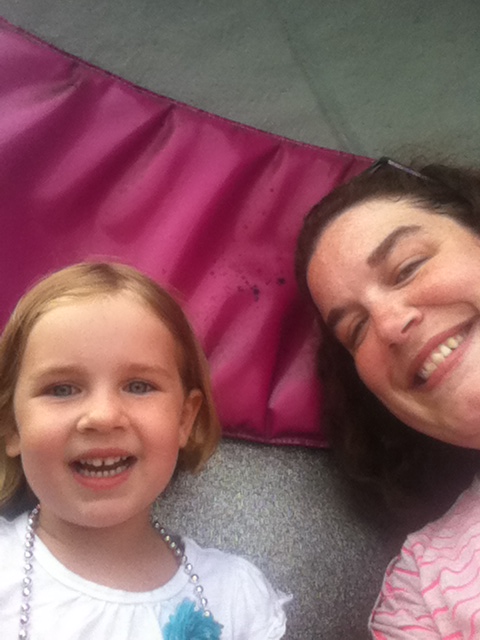 Arionna and I on the Tilt-A-Whirl, ready to get spinning. 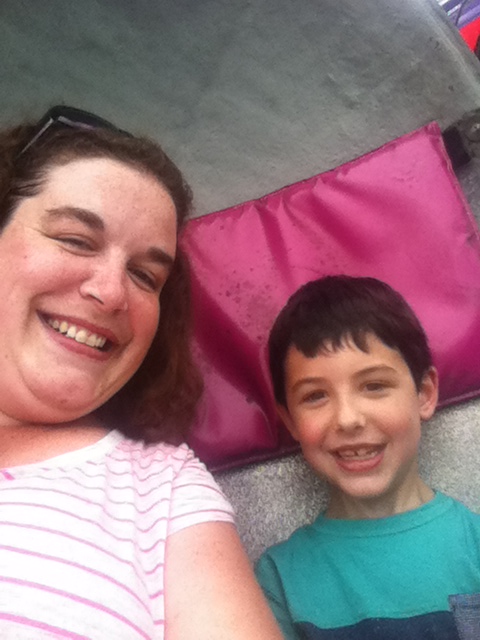 Simon and I on the same ride….we wouldn’t all fit in the photo, so we did it in increments.

This little boy won this green dog all by himself and was so proud. And a ticket for rides was covering part of my camera lens. 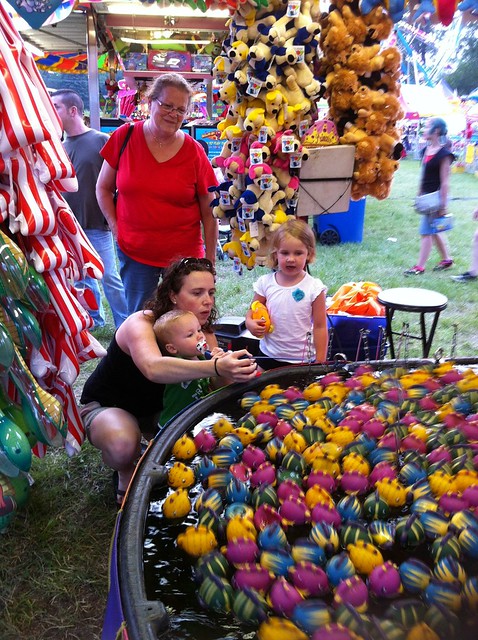 Playing a game we know Cam can win. 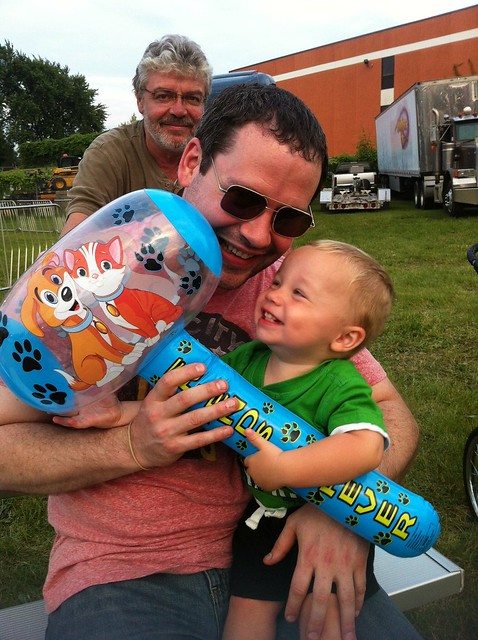 Cam won the hammer at the fishing pond. 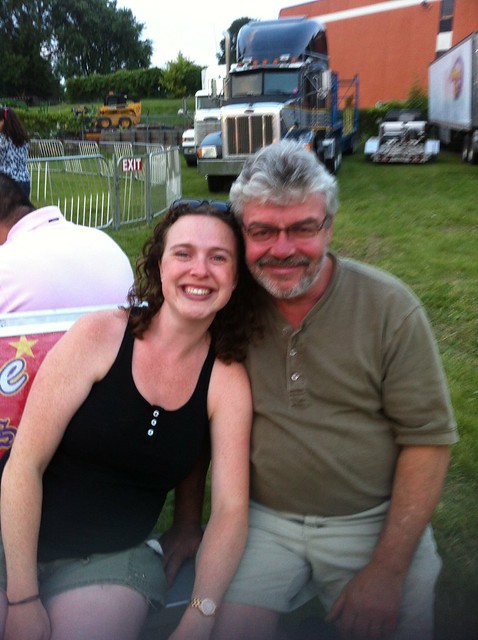 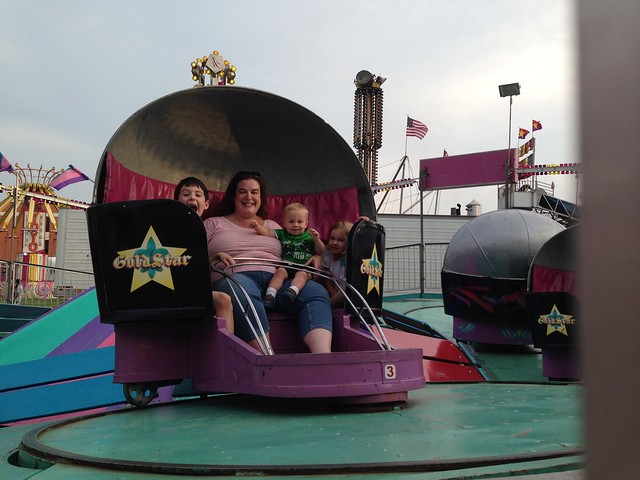 IN this one…I wanted to ride the Tilt-A-Whirl, because I love it. My favorite ride. So I asked Simon and Arionna but they wouldn’t go on it. So I shrugged and grabbed Cam to go do the ride. As soon as they saw us lining up, they were all in. So I took all three kids. Unfortunately, I forgot how much force Tilt-A-Whirls exert. By the time the ride was over, Cam was bawling. Ooops. Not for 18 months olds. But the bigger two liked it, so we went again. 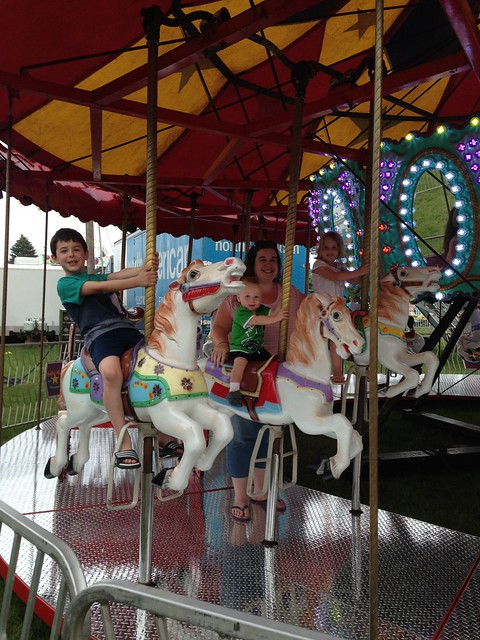 I also took all three on the carousel. I still love carousels as well. I never grew out of them.

And thus endeth the brief tale of how my entire family went to the RC fair. It was fun, and a beautiful summer night. Ranks as one of the good memories of the summer of 2014.