I’ve been meaning to blog about this for like an entire year. Now the emotion is kind of fading, but I just had a BIZARRE experience that seemed worth sharing. 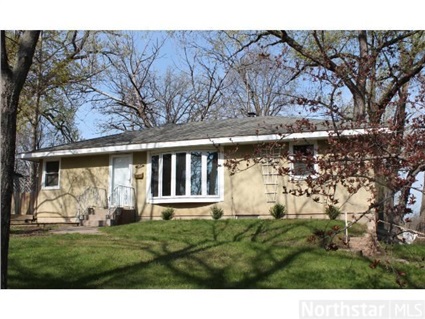 That is my childhood home. I was 12 when we moved to the house where my parents still live today. All those years, my parents kept the house, renting it out. Last spring, they decided it was finally time to sell. They (we, I helped some) cleaned it up and prepped it for sale. It sold FAST. Super fast. And early last summer, it was gone. No longer our house. 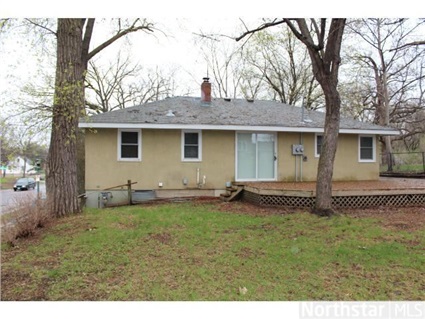 That’s the back of the house. Unfortunately I don’t have photos of the playhouse, which was amazing beyond belief. I planned to write a blog about this house because it was my childhood home. I have so many memories there. Kelly and I met when I lived at this house. In fact, outside of my family, she is the only person I know who has been there, has memories there, even slept there. Also, my dad build that amazing deck, which wraps around the side of the house and ends in the front (you can see it in the first photo, but the ramp down the driveway is missing.) He also build the playhouse, on stilts, over the sandbox. There was a ladder going up, a slide going down, a deck on the playhouse, an actual door with a lock, windows that opened and closed, it was painted, carpeted, and had electricity. Basically the coolest place in the world. We slept out there in the summer.

Okay, moving on. So, my parents sold the house almost a year ago and it is not in our family anymore. I was surprisingly nostalgic about it. I even made Kelly drive over to see it our last day visiting (she was at home, pumping and I called and said “come right now” and she literally put down the pump and left Mark with 3 kids, including the baby who was…maybe 2 months old? and drove over to see it).

The point? None. No point. Just to share that a piece of my childhood is gone now.

Now, onto the point. About 15 minutes ago, a student was in my library. When she walked in, in fact, she was the only student in here. She asked me to critique her resume. Ok, I do that often, so no problem. I look at her resume and what do I see?

This girl lives on Barclay Street. Where I grew up. The street where you can find the house pictured above. True story. We lived at 955. I won’t tell you her address, but it wasn’t too far away, a different block, for sure, but not far.

First, I do my actual work and finish her resume. While I am doing that, another girl comes in. Now there are exactly three people in the library, me and these two students. Then, as I give resume girl her papers back, I tell her, “you live just a few houses from where I grew up!” She didn’t seem quite as interested in that tidbit. But I was excited. It’s cool. I said, “955 Barclay Street”. And, just like that, the third girl whips around in her chair and says, “OHMYGOD, WHAT?!?!?” In an amazed tone.

She went on to tell us that she was born on Barclay Street in St. Paul. Her parents lived there when they were first married and after she was born, they moved to Oakdale. She was 3-4 when they moved and she doesn’t remember the house number but she said she’d ask her mom.

Somehow, the only three people in the library at that time ALL LIVED ON THE EXACT SAME STREET. Isn’t that so weird? I am still having trouble processing the sheer magnitude of the coincidence.

We chatted for a minute more but, frankly, the chitchat that accompanies, “we used to live on the same street” dies out faster than you might think. I am considering forming us into an all-girl band…Barclay Girls. Do you think that’s taking it too far?