This part was my celebration with Elena. She and I had very special plans. Back when I was in grad school, living by myself in DC, I met this girl who was obsessed with the show Veronica Mars. I had never seen it, but had an excess of time on my hands (I didn’t work while living in DC) so I checked it out. I quickly understood why she liked it so much. It’s a smart and savvy show. Unfortunately, it was cancelled, abruptly after the third season and left wide open with no actual conclusion. They always talked about one day doing a VM movie, but as the years passed….

Well, after a record setting kickstarter campaign, they funded it last year and released it to limited theaters just in time for my birthday this year. Last year, after the campaign, I added VM to my tv dates with Lane and she rushed to complete the series just in time for the movie release.

We had to go to an AMC theater to see it. There is one of those about 2 minutes from her house…Roseville, but I don’t like that theater and it is so expensive. I browsed online to find that the Coon Rapids AMC was offering discount tickets to the show, along with DreamLounger and reserved seating. Um, hallelujah? We bought tickets and I reserved two seats for us.

We decided to go to dinner at this place called Patricks? Billys? I seriously cannot remember the name of it. Anyway, it was in the city of Anoka and we were off on an adventure. 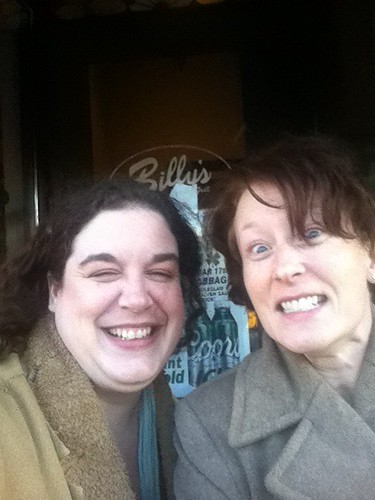 Oh, look at that. Apparently Billy’s. And now I remember thinking we should take a photo of ourselves just so I could remember that. I’m so smart.

And then it was off to Coon Rapids to the theater. And they had those crazy new touch screen pop dispensers. I honestly was stymied by it. I couldn’t figure out how to get pop from that machine. Luckily the girls using the machine next to me were kind enough to teach me. Crazy machines. So high tech. And slightly annoying to pay like $5 for a 16 oz pop that I have to serve myself. Basically paying for the cup.

And here we are in front of the theater marquee. It’s harder to read than I thought it would be. 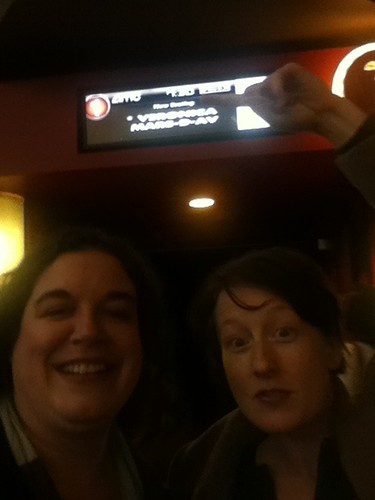 Then in our dream loungers. 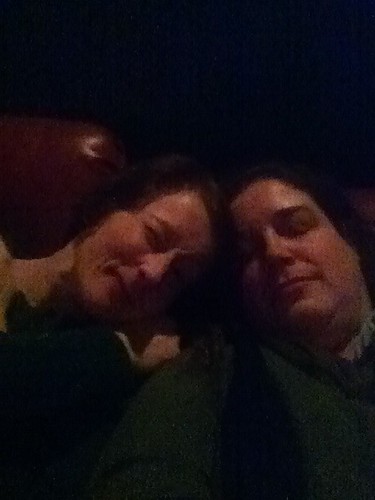 Yes, we’re pretending to sleep…and yes, she is peeking.

It was awesome. Can’t recall the last time I had so much fun at a movie. Knowing every person in there was a fan of the show…we all loved it already. It was a little like seeing a movie with all your friends…everyone in there. We were talking and chatting with strangers. Cheering for the movie to begin. Applauding when it was over. Crazy. And fun.

Elena and I (and many others) actually GASPED loudly when Logan first appeared on screen. It was priceless. A wonderful way to celebrate my birthday.

And then when we got back to her house, I got loads of gifts. A beautiful necklace that she MADE for me. This was weird, because as I was driving to her house that day, I was planning my outfit for my actual birthday and worrying because I didn’t think I had the right necklace for it. Then she gave me one…and it was perfect. And she had no idea what I was wearing. She’s a little psychic like that. She did the exact same thing a few years ago…got me the perfect necklace for a birthday outfit. How does she always know?

She also got me a wall hanging for my entry way that is so incredibly perfect I couldn’t have picked better myself. And beautiful decorative plates that still need a home, I’m working on that. And black lentils…which was just funny. But the best was she filled the bottoms of the gift bags with candy. I never thought of that, but what a great way to make a gift extra special.

It was a terrific and memorable way to continue ringing in my birthday.